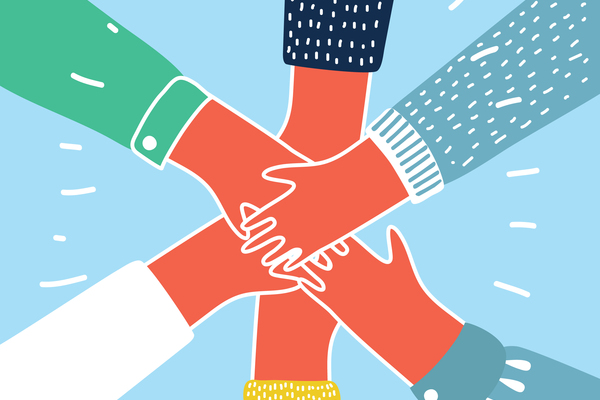 Stopped-Changed-Started; The impact of Covid-19 on hospices

I recently ran a zoom session with 15 hospices CEOs. They were all asked to identify the following;

We had a fascinating discussion and the below is my attempt to summarise the findings.

Reflecting on our discussions, two underlying factors were common in all the examples given by CEOs. It seemed essential for one, if not both, of these to be in place to allow change to have happened. These are technological solutions and positive cultural changes. So, I have labelled these as ‘Change Enablers’, and outlined them in more detail below.

1. Technological solutions  The availability and adoption of digital technology has been a major enabling factors in all aspects of hospices responses to the crisis; in governance, service delivery, income generation, communications and recruitment. Previous cultural resistance, for example, in some clinical teams, has been swept aside by the need to adopt new forms of service delivery that can be quickly developed and implemented.

There was a strong belief that the crisis has led to the 'rubicon being crossed' in relation to the use of digital technology. This must now be integrated into long term practice and a desire to return to normal resisted.

2. Positive Cultural Changes  Many CEOs spoke of the positives and rapid changes in organisational culture and practice that have resulted from the impact of Covid has . This has been seen in;

- More evidence of cross-team working both within clinical departments and with colleagues in other areas such as fundraising.

- Emergence of self-managing teams with less passing of decisions up the pyramid. Less procrastination and endless seeking for consensus in decision making.

- More innovation and less use of policy as a comfort blanket and a barrier to achieving outcomes.

- Greater acceptance and welcoming of risk; less of a ‘what if it fails’ approach and more ‘how can we make it succeed.’

- More acceptance of joint responsibility, rather than silo perspectives.

There was a strong desire to build on these changes and engrain them into the organisation’s DNA, not to allow return to more conservative, risk- adverse cultures.

Impact upon Organisational Activity
The sections below outline the changes to various aspects of hospice activity and relationships with external bodies that have resulted.

1. Governance
Much evidence of a move away from the traditional governance model. Covid has led to adoption of the unified board model i.e. small nos of trustees & directors working as equals and involved in rapid decision making. The wider Board is used more for reference and feedback.

Much more use of technology to enable this group to function & to communicate with the wider Board. Board reporting has become swifter and less combative.

The risk register being re-named the opportunity register.

There was a strong wish to revisit governance models and practices, e.g. complex sub-committee structures. Also, not to move back to slower, more convoluted decision making processes - but still maintain the oversight and due diligence role of Boards.

Most, though not all, participants believe that Covid has led to positive developments in relations with the wider HSCS, most notably with NHS stakeholders. The ability of hospices to show agility, speed and innovation to support the NHS had been welcomed and acknowledged in many cases. CEOs spoke of being treated more as genuine partners who can deliver benefits to the wider system, rather than being viewed as niche sub-providers. Hospices have proved their impact and this should be recognised in future service development and provision.

Those hospices that had previously spent time in developing relationships with other providers and setting up joined up systems with co-ordinated services felt that this had helped them react quickly and work effectively with others during Covid.

Some said that Covid has led to less onerous reporting and adherence to bureaucratic systems and more focus on the patient, but a questioning over whether this would continue.

Some examples of positive working with care homes to support them with Covid outbreaks.

Other smaller providers are being more open to partnership working rather than seeing hospices as potential threats, e.g. in bereavement services.

Overall, a belief that Covid had been an opportunity to prove hospices to be a credible, important and relevant partner in the provision of services, not a niche, subsidiary provider. There has been a move to more of a sense of interdependence with NHS on clinical provision, though also a marked desire not to lose one’s independence as an organisation.

Some examples of good partnership working between hospices have come out of Covid, though this has not been seen by all CEOs. In Herts, there has been collaboration around bereavement counselling recruitment and training. However, attempts to work together around income generation have not worked as yet. In W Yorks, one voice for hospices been developed at ICS / STP level and there has been the development of one co-ordinated bereavement service offer.

It was also reflected that it was sometimes easier to collaborate with hospices who are not a direct geographic neighbour, but are of a similar size to one’s own.

As we move on from the initial impact of Covid, there may be opportunities for more strategic partnership working with other hospices.

The Change Enablers cited above have helped lead to rapid and radical service redesign in many areas of activity, with a much higher emphasis on digital and remote services. A common priority is a desire to use the opportunity going forward to re-balance the prioritisation between in-patient vis-à-vis community services, and of direct, face to face support with virtual engagement. There is a need to balance being physically present, with being effective.

Several also spoke of the need to focus on core services going forward and not seek to do ‘everything for everyone’. i.e. a move to be ‘narrower and deeper’ in service provision, not ‘broader and shallower.’

Community Nursing Services: Changes to shift patterns and service models with much greater emphasis on telephone and remote support have been quickly and successfully implemented in both CNS and [email protected] teams. One hospice said this been previously resisted by clinicians, though not objected to in research with patients. Another hospice has brought forward a large development of community services from September to June.

Examples of innovative developments such as remote supervision procedures to allow non-qualified staff to provide drugs in the community. Some CEOs reported an equal or even higher activity levels in the community, despite sometimes lower numbers of staff working. One hospice supported 66 deaths at home in April, compared to 37 the same month in 2019.

Compassionate Neighbour models: Feedback that these have thrived in recent weeks, all be it with more telephone than face to face support. One innovative example of a hospice using its retail logistics team to support CN volunteers by delivering goods and medicines for them to pass on to those they were supporting.

Therapy, Well Being & Family Support Services:  CEOs reported similar developments as in nursing services in terms of the move to remote support, but to an even larger extent. Many CEOs are looking to re-structure such services with a much stronger emphasis on remote services rather than those provided in-house.

Day Care services:  Several CEOs said that they had shut day care services and did not plan to re-open them and others that they would thoroughly review the model before doing so.

Lymphoedema: Several said that services might be withdrawn unless full funding to cover costs is obtained from CCGs.

Education & Training:  Belief that whilst there will be some role for face to face training, there will be much stronger emphasis on the use of digital going forward

Several CEO talked of the fact that Covid has led to closer relationships between fundraising and clinical teams. Some expressed concern that the government money  & other short term funding might be seen as reducing the necessity to change and provide an excuse to ‘go back to normal’.

There was also a view that it may be much harder to fundraise next year than this and there will be more competition, so long term sustainability is a big issue.

One hospice said that a successful appeal to the local community & local corporates over PPE had opened up the chance for meaningful long term support and relationships and a move away from the more remote approach that had previously been in place.

One hospice is closing 9 shops as they are marginally profitable and not suitable for any kind of social distancing. They see this as an opportunity to review strategy and re-grow their estate in future.

There is a desire to embrace new forms and approach to income generation and build on closer relationships formed with other teams.

Several CEOs said that they now wanted to change the role and profile of volunteers – and there is a concern anyway about some not wanting to return if contagion issues remain. Volunteers still have a role to play, but sometimes could be a barrier to change and actually a net drain on resources. It was said that the best volunteers were actually sometimes in service delivery roles and based off site - e.g. in counselling and compassionate neighbours programmes.

- We need to be careful not to believe in change for change’s sake and risk losing some of the elements of our services that have proved successful in the past. Reflection may be needed in some areas.

- We need to pay more attention to finding out what our users actually want, rather than assuming we know this, or even worse, that we know better than they do. We also need to recognise that this may be different in different communities across our catchment areas. This again may be worth considering before implementing immediate wholesale change.

- The centrality of in-patient units to our service model in terms of profile and domination of resource allocation needs to be questioned now more than ever. Can we establish a narrative about what we are creating by freeing resource from bricks and mortar, not what we are losing? Can we get across the message that we are an ethos not a building? Will people and their families be more resistant to coming into the hospice for fear of contagion? Will this loosen resistance to reduction of in-patient services?

- What will it mean to be an end of life provider in the era of Covid and potentially other highly infectious viruses? Consideration of this needs to move on from practical measures e.g. PPE, to the wider, long term strategic impact. The sector needs to think about this – and to discuss this with our communities.

At the nub of all this, is the question whether Covid be a nudge to change, or force a paradigm shift in how we work?