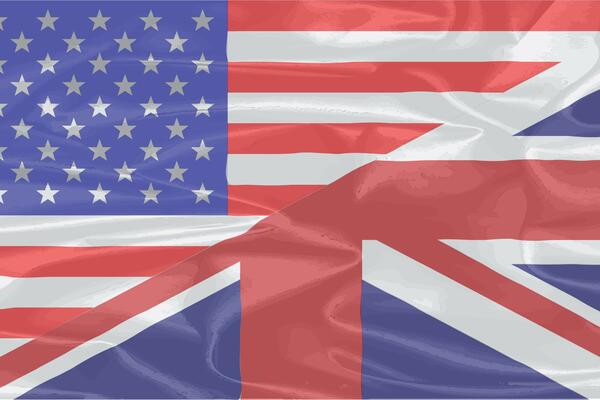 Common issues, different language. How hospice care in the US and UK contrasts.

UK v US. A quick reflection on some of the similarities and differences around hospice care.
12 Jan 2021

George Bernard Shaw apparently once said that the UK and America are two countries divided by the same language. I was reminded of this when reading Top Hospice Trends to Watch in 2021 - Hospice News , an American publication. Although there was some similarity in themes with this side of the Atlantic, there were also fundamental differences – as some of the language showed.

In terms of commonality, the article explains how the pandemic has extenuated the move to ‘telehealth’ and of how providers are looking to go ‘upstream’ of end of life care to support patients earlier in their illness, a longer term development in the UK. It also discusses attempts to make talk of death and dying more open in society, with initiatives such as ‘Death over Dinner’, echoing programmes that have been doing this over here for some years.

On the marketing side, there is talk of re-branding and ‘less use the word “hospice,” as more organizations nationwide rebrand to reflect their expanding scope of services and to shed fear and stigma associated with that label.’  The dropping of ‘hospice’ from the title of several services in the UK in recent years, for not dissimilar reasons, resonates here. The article also says there is more talk of mergers between services, again echoing what is happening here.

It is with regard to funding that the real differences emerge. Many people may be surprised to learn that state funding of hospices is significantly higher proportionately in the US. This comes via bodies such as Medicare and Medicaid. There is also a much higher level of private insurance funding than in the UK.

In terms of providers, hospice care in the US is dominated by private companies, hence the article’s language reads more like the Financial Times than Third Sector. It outlines how private equity has invested heavily in hospice businesses in recent years, but that new players such as search funds and family offices are entering the market. Indeed, it states that ‘the hospice M&A market has been particularly resilient to headwinds brought on by the pandemic’ and amongst all health care sectors, ‘hospice continues to be the one to watch, even as valuations soar and multiples continue to hit record highs’.

Despite some forecasts to the contrary in recent years, private providers obviously currently have little involvement in end of life care in the UK.

So, to paraphrase GBS, as regards hospices, these are two countries with similar challenges and issues, but which are separated by very different systems…..and language.