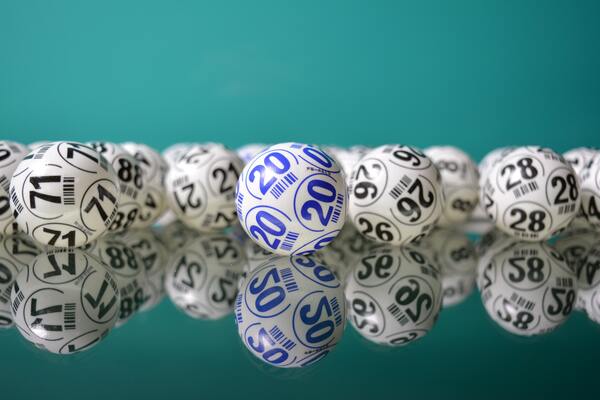 Is the game up for hospice lotteries?

Hospice lotteries have long been a vital source of income. But there is evidence that many are in decline. How can hospices respond?
26 Apr 2022 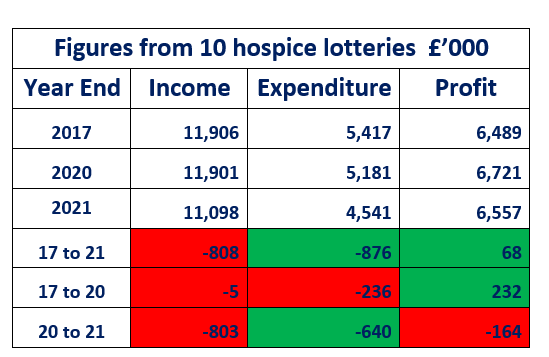 The first ever National Lottery draw was held on 19th November 1994. But the idea of a weekly lottery was already well established in the hospice sector with the likes of St Catherine’s, Preston and Ayrshire Hospice in the vanguard.

Nearly 30 years later, most hospices in the UK have, or participate in, a lottery. Hospice UK report that in 2020, the total gross income for independent hospices from lotteries was £91 million. Moreover, the ROI had risen from £2.33 in 2012 to £2.86 in 2020. This compared to a fall in this ratio across all fundraising and trading income combined from £2.62 to £2.22.

But how has the pandemic impacted hospice lotteries? I looked at the figures from 10 hospices whose combined income in 2020 comes to around 13% of the gross income figure quoted above. These are taken from their audited accounts and shown above.

This shows that between 2017 and 2020, total income fell slightly, dropping by £5k. During the same period, expenditure fell by around 4.4%. This may be due to operational efficiencies, but also may reflect challenges in recruiting players.

These results suggest that even pre-pandemic, challenges were emerging. Certainly, the charity lottery market was a lot more competitive by the end of the 2010’s than at the start of the decade with new entrants on the local, regional and national level.

For the 2020-21 financial year – the first year of the pandemic – income across the ten  dropped by over £800k, nearly 7%. This suggests increased levels of attrition, probably reflecting the fact that the socio-economic groups who play lotteries were some of the hardest hit. Expenditure fell by £640k, some 12%, presumably due to lottery recruitment being severely limited by Covid.

Whilst retail bounced back very well in the 2021-22 year, I have heard from many that lotteries are really struggling. Cancellations are continuing and finding staff or agencies to recruit participants is challenging. Even when in place, finding new players is really tough. And some of those who moved to a £2 ticket price seem to be especially hard hit. Indeed, several are considering or have already moved back to a £1 level.

With rising inflation eating into margins and the cost of living crisis likely to mean more people cancel discretionary spending, the future does not look great. All this shows the need to review the best options for your lottery. No doubt, there will be different answers for different hospices.

On-line recruitment may offer an answer. St Ann’s, Manchester actually increased their membership in the year to March 2021, with 630 new members recruited via their website. And they have a £2 price level.

For some, it may be time to consider joining one of the collaborative lotteries such as Local Hospice Lottery or Your Hospice Lottery. You benefit from the economies of scale of a much larger entity and can outsource operations to a specialist organisation, yet keep the use of your own brand in publicity materials.

And there may even be some where the best option is to close the lottery and ask people to make a monthly donation instead, thus reducing admin and prize fund costs and gaining gift aid.

If you want a case study of how a market changes over time, hospice lotteries is a great example. Future gazing is always difficult. One thing seems sure though – carrying on as before does not seem to be a viable option.